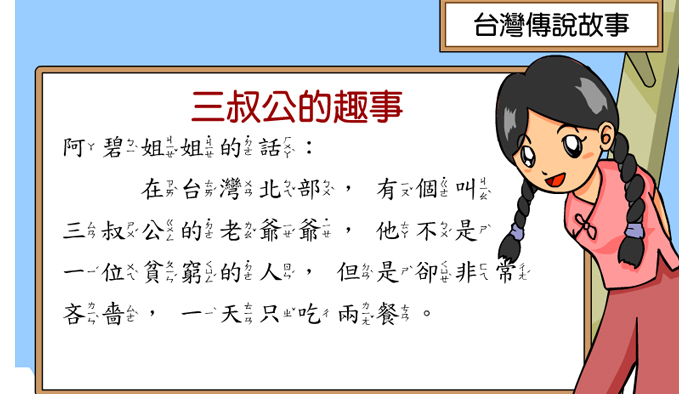 The Funny Story of Sanshu Gong

Sanshu Gong waited all morning for the Landlord's servant to come and lead him to the Landlord's home, but soon it was afternoon, and the Landlord's servant was nowhere to be seen. Sanshu Gong opened the letter again and continued to read, “You are invited to join me for dinner…” Sanshu Gong threw down the letter again and said, "Oh! The landlord wanted to invite me for dinner tomorrow night, not today! Though I am very hungry, I guess I can bear the hunger a little while longer.” He climbed back into bed and slept till evening.

Sanshu Gong became even hungrier after waking up, and he waited anxiously for the Landlord's servant to arrive. He waited and waited, but still, no one came. Sanshu Gong quickly went back to read the letter, “You are invited to join me for dinner tomorrow night.” “Oh! I'm so muddleheaded! But I can't bear the hunger anymore.” Sanshu Gong asked his servant to boil him an egg. But when the egg came, he thought to himself, “If I chew the egg, it will be digested quickly. I should swallow the whole egg to make it last longer.” So, Sanshu Gong swallowed the whole egg. However, the egg got stuck in his throat and he choked to death.

Sanshu Gong's family members were very sad to learn about his death. They bought a coffin and placed his body inside it. Then they nailed the coffin shut. As the nails were hammered in, the vibration dislodged the egg in Sanshu Gong's throat, and he regained consciousness. He didn't realize he was lying in a coffin, so, when he heard the hammering, he thought that someone was knocking on the door and shouted, “Quick! Open the door A-mei! The landlord has sent his servant to lead me to his place for dinner!” 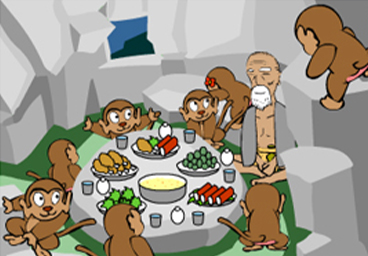 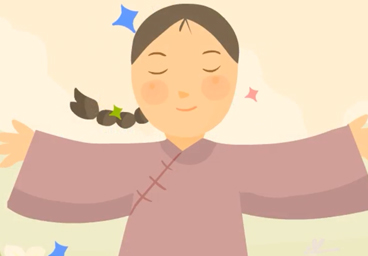 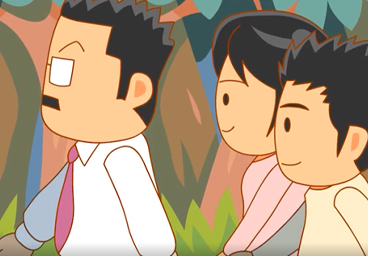