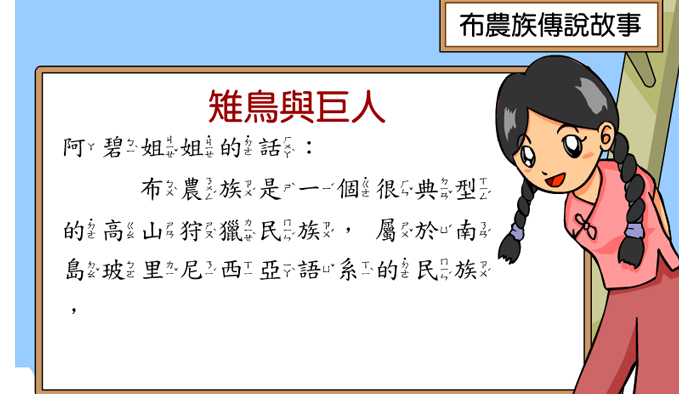 The Pheasant and the Giant

The Bunun call the pheasant bird “Mumu.” Its body is roughly the size of a palm, and it looks like a cute and fluffy chick. One day, a giant saw the pheasant strutting about on the ground, and he mocked the pheasant, “You are so tiny! You might get blown away by the wind! The other birds are soaring high up in the sky, only you are strutting about on the ground. You must be a weak and tiny bird that can't fly well!” The giant laughed loudly after he finished speaking. The pheasant puffed up his chest in indignance and said loudly, “Being tall and strong doesn't give you the right to make fun of others! I may be small but I am strong! If we have a competition, you might not beat me!”

After the giant listened to the pheasant, he thought for a while. Then, he pointed to a boulder ahead and said, “Let's have a competition to see who can lift that boulder.” The pheasant replied, “I accept your challenge! Be prepared to lose.” And so, the giant and the pheasant asked an elder to be their witness, and the competition began. The giant went first, but he could barely lift the boulder with two hands. He said with a sweaty forehead, “This boulder is too heavy! I can't move it.” He sat down on the ground to rest. It was the pheasant's turn to lift the boulder. The pheasant lifted the boulder with only one wing, while the other wing remained on his waist. As he lifted the boulder, the pheasant called, “Mu~ mu~ mu~”

In the end, the pheasant won the competition. The giant felt ashamed of himself and told the pheasant, “I am sorry for making fun of you. I will not make fun of others anymore.” Because the pheasant makes “Mu~ Mu~” sounds when it moves rocks around, the Bunun people named the pheasant “Mumu.” 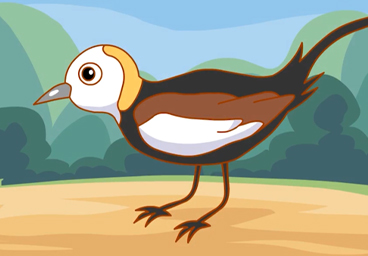 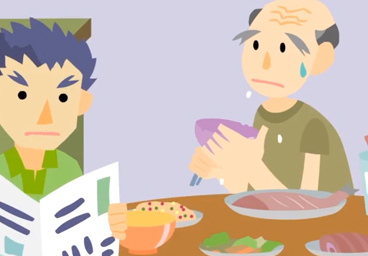 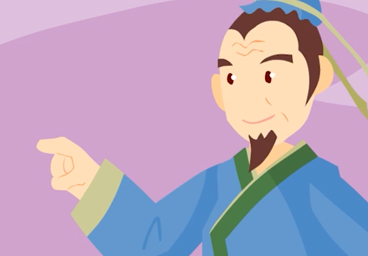