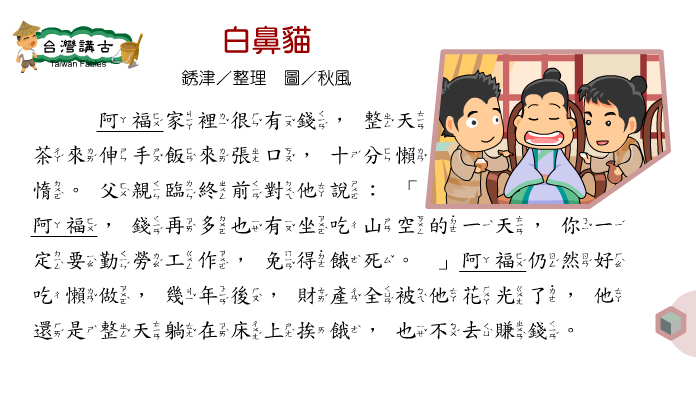 A-Fu was born into a rich family. He never had to work, and he was very lazy. Before his father died, he told A-Fu, “A-Fu, you must work hard even though you are rich, or one day all the money will be spent, and you will starve to death.” However, A-Fu continued to be lazy. He spent all his money after a few years and even then, he was too lazy to get out of his bed to work.

One day, A-Fu felt so weak and hungry, he crawled into the temple of the God of Fortune, and prayed for money. Miraculously, the God of Fortune came to A-Fu's dreams that night and said angrily, “A-Fu! You are so lazy! How dare you ask me for money! Are you not ashamed?” A-Fu trembled and said, “God of Fortune! I may be lazy, but I have never done anything bad.” The God of Fortune replied, “I will give you a silver ingot, because your ancestors did good deeds. Be sure to work hard in future!” Then, the God of Fortune cracked his whip, and A-Fu woke from his dream. A-Fu waited and waited, but he starved to death before he got the silver. 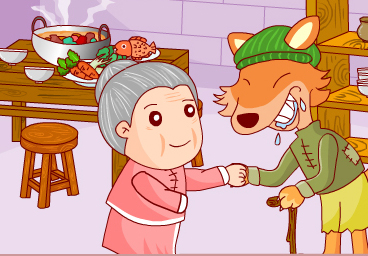 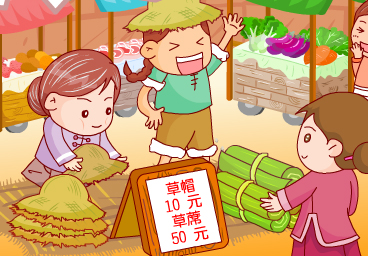 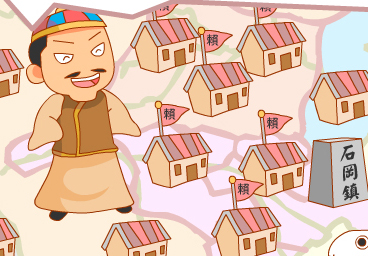