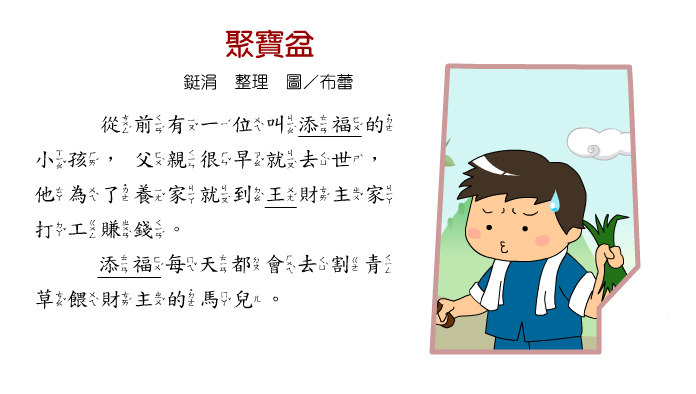 There once was a kid named Tienfu. His father passed away when he was little. He was working for Landlord Wang’s family in order to help his own family.
Every single day, Tienfu had to cut grasses to feed Wang’s horse. Since he did this every day, the grass eventually became very short. One day, Tienfu went to the field to cut grasses just like any other day, but found that there was little grass left.
He grew worried and said, “What should I do? There’s only this tiny bit of grass that I can cut here. Wang’s going to cut down my wages.” Suddenly, he saw there were lots of grasses on the other side of the hill and ran to work there.
Strangely, after cutting, the grass grew right back to the way it was before it had been cut. Tienfu thought to himself, “Am I that hungry? Why am I hallucinating?” He continued to try to cut the grass a few more times. Still, the grass grew right back. At that time, his mom came to deliver his lunch. He said to his mom, “Look, the grasses are weird over here. They grow right back after I cut them.” His mom said, “There must be a treasure here, go take a look.” After searching for a while, Tienfu found a little mud pot.
When they get back home, Tienfu filled the pot with chicken seed. A very strange thing happened, so he yelled, “Mom, come and take a look.” The amount of seed started to double and eventually the food spilled out of the pot. The amount of food was so much that his chicken couldn’t even finish it. His mom said, “This must be the legendary pot.” They then placed a penny in the pot, and it started to double as they predicted.
The mother and son purchased a small field. Together, they started farming and running a poultry business for a living. Wang heard about the story of Tienfu and how he had found the legendary pot. He hired someone to steal it. After he’d got the pot, Wang placed gold pieces inside the pot and the gold started to double. He was so thrilled that he started to dance. He was overwhelmed with happiness and accidentally stepped onto the gold and felt right into the pot. The pot broke into pieces and the pile of gold disappeared as the pot shattered. 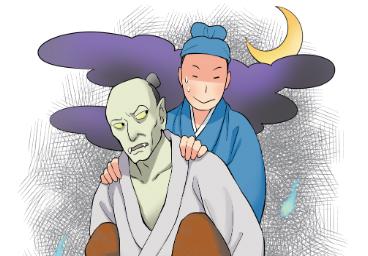 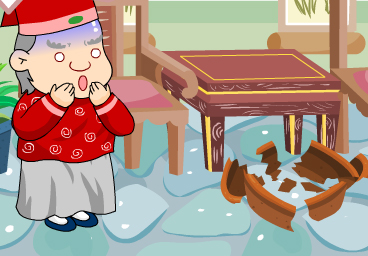 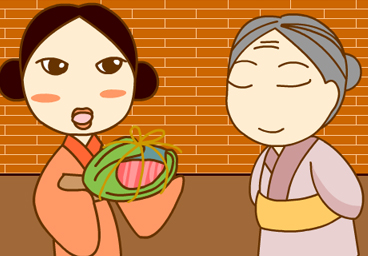