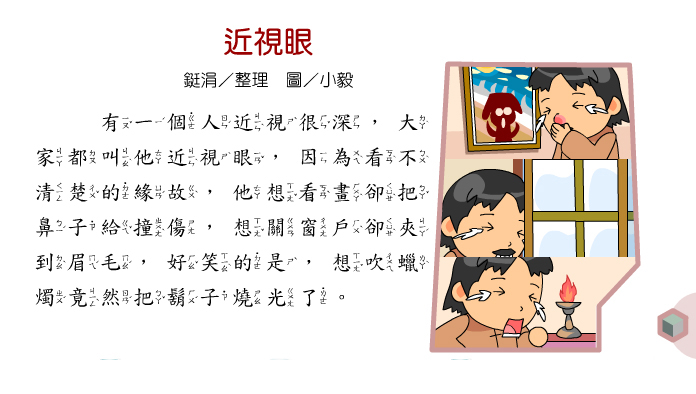 The Near Sighted Man

Once upon a time, there was a man who was very near-sighted. Everyone called him Big Near-Sighted. He had difficulty seeing objects at a distance. He bruised his nose one day when he tried to see a picture clearly. And when he wanted to close the window, he caught his eyebrow in the window. The worst result of his near-sightedness was that one time as he blew out the candles, his beard caught fire and was singed.

One day, when he was on his way to a wedding banquet, he got lost. So he asked someone standing beside him in a black hat for directions. That person didn’t say anything for a long time. He was very mad and told the person, “Fine! If you are so quiet, then I won’t tell you that your black hat has blown away!” What he was talking to was actually a Buddha statue with a crow perched on its head. The crow flew away when he shouted at the statue. Then he saw a black rope and a gold brick. He reached for the rope, but found it strange that the rope broke off. The black rope was actually an army of ants. Then he picked up the gold, and found that the brick was strangely soft. He smelled it and realized that it was actually a piece of a yam.

During the wedding reception, two men sitting across the table happened to be blind. One of them had a blind right eye, while the other had a blind left eye. They covered their blind eye with eye patches. With half of their face covered, the near-sighted man thought that he saw one person with a huge face. He asked the person sitting next to him, “Did you notice that the man sitting across from us has an extremely large face?” After he realized that he mistook two blind men for one, he was too embarrassed to say anything. So he buried his face in his bowl and concentrated on eating. He tried to pick up his food with his chopsticks, but he continued to pick up other people’s food or other people’s chopsticks. He was too afraid that he might hurt someone, so he asked the waiter to wrap up his food and let him take it home.

Finally he went home. He saw a tack on the wall, so he put his food bag on the tack. “Bang!” His food fell on the ground! There was no tack, it was a dragonfly. Now he was really pissed off. He hit the dragonfly really hard with his palm. “Ouch! That hurts!” This time, what he hit was no dragonfly. It was a real tack! 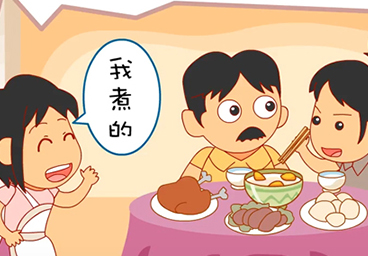 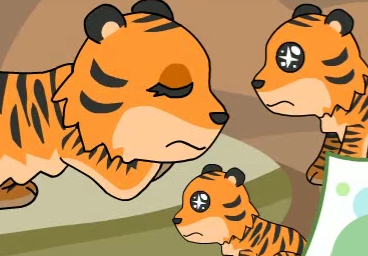 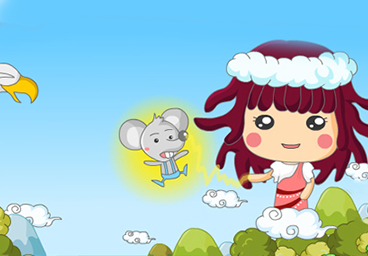